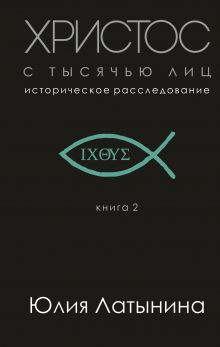 The earthly path of the messiah has ended to open the way to thousands of interpretations of his teachings. The unprecedented persecution that fell on his followers and the entire David’s family after the crucifixion of Jesus Christ, is comparable only with the Holocaust. Supported by faithful Jews, the Romans subjected his followers to the most monstrous punishments. As a result, hundreds and thousands have died. The greatest historical mystery is how the first Christian sects managed to survive through terrible decades, and turn into a universal church. Was it only the fortitude that allowed the triumph of a new religion? Did it undergo a profound inner transformation? How did the appearance and teaching of Christ change in Evangelist’s, apostle’s, Church Fathers’ texts and sermons? What role did his brother James, the Apostle Paul, the Gnostics and other heretics play in it? Who was the true founder of Christianity? How did it spread in the East and the West?

This book reveals the fascinating history of original Christianity in a new way. An unexpected but convincing transcript of canonical and apocryphal texts, that are responsible for the irreconcilable struggle between Christ’s followers. Author’s conclusions may be confusing and surprising at times, but they will not leave any reader indifferent.