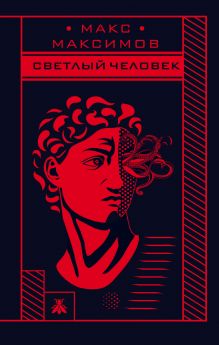 «- Hello, I have a question... are you justifying the fact that Kostya deals out vigilante justice? Aren’t you concerned that the life of every person and the fate of the world depend on a man with an intellectual disability?

— You know, as I look at our world and how it used to be, I have just one question: who here is in their right mind?»

A weed of unknown origin has been rapidly spreading its roots all across the Earth. This lichen has already spread across hundreds of kilometers and is several kilometers high. People who go near to the plant lose their minds, however it has no effect on people with Down’s syndrome.

The plant itself creates horrifying monsters out of the living organisms it has killed. Suddenly, people realise that only people with Down’s syndrome can overcome the destructive power of the weed. The Institute of Space Infections assembles a group of Travelers to go to the centre of the parasitic plant.

Mysterious killings are also described throughout the story. (The murders are presented in the form of flash-forwards). The victims’ internal organs are found next to the bodies, but there are no signs of physical harm on the corpses. The dead include poachers, maniacs, murderers, owners of alcohol plants, drug dealers and other people who bring harm to the world.

Kostya finds a way into four-dimensional space and becomes a super-being in relation to the rest of humanity, since from the fourth dimension he can do whatever he likes.