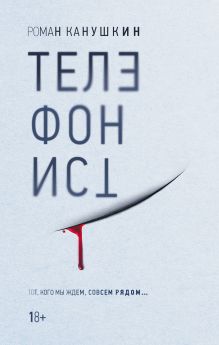 Inventing the plot of his new novel, famous writer Forel could never imagine what his book would turn into. The chapters play out the script for a series of brutal murders that hit the city.

The victims of these crimes are women, and the crimes themselves are not only filmed, but also shown live on the Web.

An imitation or deliberately and thoroughly planned story of a serial killer? Is Forel a victim or a maniac? Winner or loser?

Roman Kanushkin is a Moscow author of numerous thrillers and a script writer. Among his works - a mystical thriller «Children of Robinson Crusoe» and a popularly accepted and critically acclaimed fantasy cycle «Moscow Canal». Film rights to «Telephonist» have been sold to Production company SREDA.